What do dragonflies eat? A LOT!  They can eat their weight in food in 30 minutes. That’s like you or me eating a hundred pounds of meat for dinner. And, dragonflies LOVE to eat bugs—bugs that hang around where dragonflies hang around–which is ponds and marshes. Dragonflies eat bees, ants, gnats, butterflies, zillions of mosquitoes, and even other dragonflies. Gee-ross! But hey! They have to eat to survive, right?

And dragonflies have survived a long, long  time–more than 300 million years—that’s even before the dinosaurs! Back then, dragonflies had two foot wing spans or bigger. They are, in fact, one of of the most ancient creatures existing on our planet, along with horseshoe crabs, and jellyfish. So to survive that long, you need to be pretty darn snappy in feeding yourself and outsmarting predators.

So just how did they become these eating machines? For starters, dragonflies are outrageously great flyers. They have four wings that can each move separately, like arms. They can dart forwards, backwards, up, down, and hover in place, just like a helicopter. And they’re super fast—zipping about at 20-40 mph, which is darn fast for a bug, or a human! All this speed and agility makes them super hunters. And they have giant bug eyes, which can rotate every which way, except behind their heads. Once they set their sights on some unfortunate somebody, dragonflies zoom off and snatch them out of  the air with hooked arms. Then eat them! Eat them with serrated teeth. Which is why they were put into a family of insects called Odonata, which in Greek means, “toothed-one”.

But for all their ravenous appetites, dragonflies can’t bite you, not even a little bit. So the next time these jeweled hunters land on your hand, just sigh at their majestic beauty, and be very, very glad that you are not a bug! 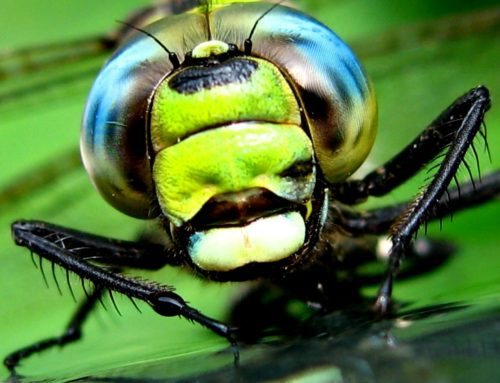 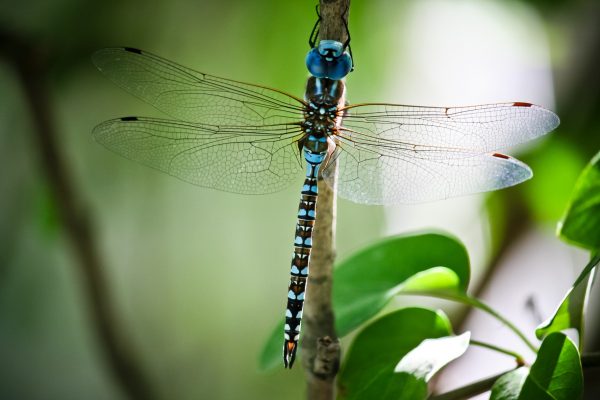 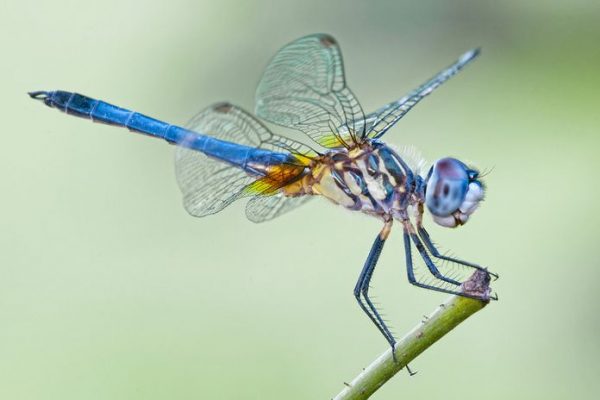 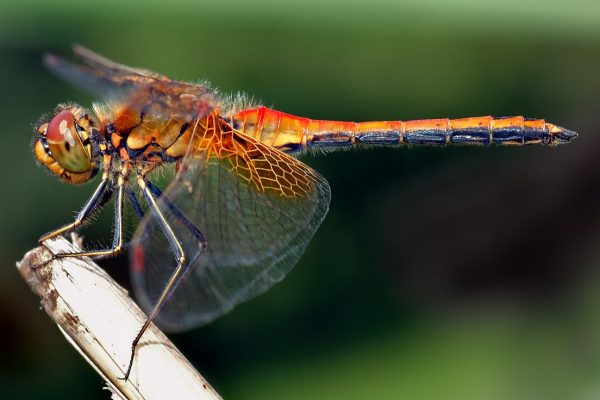 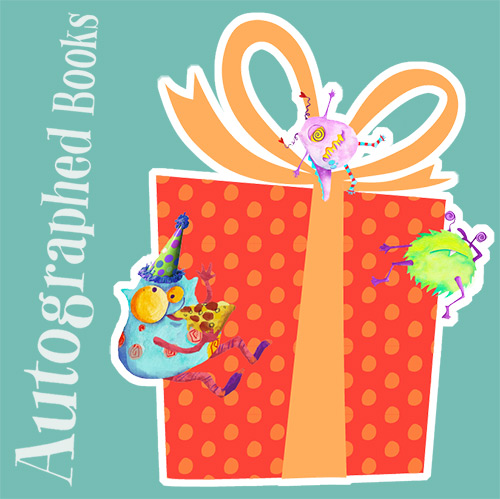